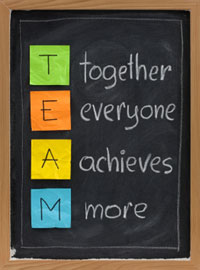 It’s heartening to know that the nonprofit sector is stressing and achieving good governance and good outcomes, even in the face of adversity.

The 2010 New York Times Nonprofit Excellence Awards highlight three organizations that exemplify good governance and success but in so doing it also highlighted the techniques that make such organizations laudable and successful.

The award was sponsored by the Nonprofit Coordinating Committee, The New York Times Community Affairs Department and Philanthropy New York.

The three finalists were chosen from among 89 applicants and, as Hildy Simmons chair of the selection committee said, all three were exemplary organizations.

The winner was Sadie Nash Leadership Project, which teaches young women to lead in their own communities, to be the “someone” in “someone ought to do something.” First runner-up was God’s Love We Deliver, which provides nutritious meals to people too ill to cook for themselves or their families. Third as New York Law in the Public Interest, which resolves community-wide issues through pro-bono class action lawsuits.

Winners were selected based on their performance in seven areas, from governance to ethics. What was striking is the commonalities of the three finalists, despite their differences in size and purpose.

The same concepts were heard over and over again, in both their award applications and their presentations: engaged board, treat staff well, learn from constituents, and it’s all about teamwork.

Select your board
All three organizations have very careful procedures for vetting would-be board members, procedures that include site visits, commitment of time and money, passion for the organization’s mission, and a board structure that makes sure everyone works. These boards are not just about a name on the letterhead.

Sadie Nash took this one step further: all board members have to visit the site before joining the board and at least once a year thereafter.

Although the “give/get” of board membership was mentioned – 100 percent give – passion and engagement were emphasized. After all, at Sadie Nash a fair number of the members are current or former clients, not necessarily able to give/get in cash but certainly able to do so in ideas, hands-on work, and inspiration for current clients.

Respect your staff
Staff contributions are solicited, from ways to save money to ideas new programs. To tighten its budget, GLWD asked staff how to cut costs and received 99 suggestions that are now being implemented, without layoffs. At Sadie Nash, staff satisfaction is considered central to success. Staff is given opportunities to develop professionally as well as encouraged to take vacations. New York Lawyers in the Public Interest has “distributed leadership” to give staff members the opportunity to lead and grow as well as train the next generation of leaders.

Listen to everyone
At God’s Love We Deliver, clients are asked what they need, not told what they will get. As a result, meals are delivered for children and they are delivered at breakfast and dinner, when the children are home. New York Lawyers for the Public Interest helps clients communicate their own issues in ways that bring change.

Stay on mission
All three organizations could expand in various ways. God’s Love We Deliver could have expanded its services to people with AIDS, its initial client-base. Instead, it focused on its own core competency – nutrition – and expanded to serve people with other illnesses. Sadie Nash has been asked to expand its services but is testing two models of expansion: a new program with local leadership or a train-the-trainer model. It isn’t rushing in anywhere.

It’s a team
The most important characteristic of their organizations, board members and executive directors said, is the sense that they are backed by a strong team, that they are working together, doing different jobs with a common goal. Board, staff, and constituents working together generate excellence.

And that, to me, is the take-away from this year’s winners: A teamwork, from top to bottom.

What do you think makes a nonprofit excel?