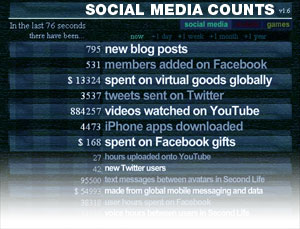 The Wikileaks controversy no longer is just about state secrets. It now involves Twitter, Google and Facebook as well as internet freedom, and limits on journalism. Anyone who uses social media or email should be concerned.

To be clear: I’m no fan of Julian Assange. He’s an irresponsible megalomaniac but the reactions to his actions have raised questions that affect us all, including businesses and nonprofits.

We need to talk.

These questions loom large when talking about net neutrality, globalization, and collaborative conversations, which are the core of social media and are becoming ever-more central to the survival and growth of small businesses and nonprofits.

We need to talk, about the lessons learned:

We need to talk about free press, free speech, access to internet services, speaking up for those who can’t speak for themselves, and the kind of civil discourse that brings change to the world.

What do you think the implications of Wikileaks are for small businesses and nonprofits?

Image from WikiMedia Commons is in public domain.