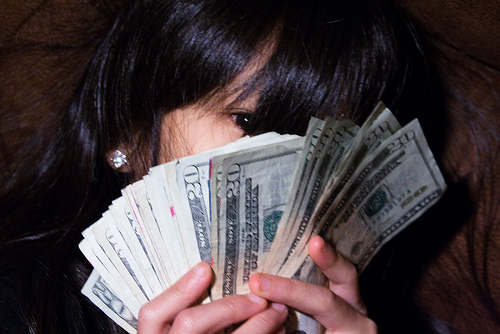 Why Women Entrepreneurs Should Go with the Crowdback
By Geri Stengelon Feb 7, 2013 - 5:20am

Women-owned firms start and grow businesses with substantially less outside financing, according to a Department of Commerce survey of women-owned companies across the U.S. That helps to explain why the average women-owned business has 25% lower revenue than the typical male-owned firm in the same industry.

Well, a new funding source may not only grow the overall amount of money available to small businesses, but it may grow the slice that women entrepreneurs get. Once the rules and regulations regarding the Jumpstart Our Business Startups or JOBS Act are approved, companies can raise both debt and equity financing not just from wealthy angels, but from average Americans.

The crowdfunding market could be worth $4.6 billion annually in five years, according to research conducted by Crowdfund Capital Advisors and the University of California, Berkley.

Women are already having early success with crowdfunding. Indiegogo is a popular 5-year-old crowdfunding platform. Of its successful campaigns, 42% are run by women. Impressively, women raise more than men both in terms of the number of contributions and the amount.

Both Lesonsky and Fennell think it’s likely that millennial women, not Baby Boomers, are the ones who use crowdfunding successfully. Millennials have the social media savvy and online connections necessary to be successful. These women are also fearless when it comes to asking. Typically, only the most successful Baby Boomer women are comfortable with “the ask.”

Crowdfunding could be a game-changer. Since the creation of the JOBS Act, it has created 1,500 to 2,000 jobs, according to Heather Lopes, CEO of EarlyShares, an equity based crowdfunding platform. The potential to create jobs will explode once the rules and regulations are clear.

If women have better access to the capital they need, they’ll create a lot more jobs and the economy could be humming, according to the Women Entrepreneurs as Economic Drivers, a report from the Kauffman Foundation.

For ambitious women entrepreneurs, the time is now. Build out your social networks, perfect your social media skills, and get comfortable asking friends, family, colleagues, customers, and even strangers for money. What will be your first step?