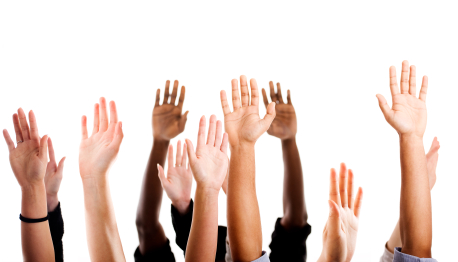 What Women Entrepreneurs Need Before They Join the Crowdback
By Geri Stengelon Jan 10, 2013 - 5:20am

Recently I wrote about a new funding source for entrepreneurs: crowdfunding. Right now, small businesses can raise money from the online crowd in exchange for a give-away, such as a product or service. Sometime in 2013 the rules and guidelines for the Jumpstart Our Business Startups (JOBS) Act should be approved, which will allow companies to give equity to crowdfunding investors in the U.S.

I was optimistic that this new funding tool would be used by women entrepreneurs to raise money. After all, women are great collaborators and communicators, both necessary skills if you are going to succeed at crowdfunding.

However, I was struck by the proverbial thunderbolt, when I read Women, Finance the World You Want by Whitney Johnson. One female social entrepreneur she interviewed from Fast Company’s League of Extraordinary Women chose to be a nonprofit rather than a for-profit because she felt women were willing to donate freely to her cause, but would not invest in it as a business. “When you donate, you are giving something. When you invest, you can expect a return,” writes Johnson.

Her article struck a chord. Even though women, in general, earn less than men, have less money in retirement, and outlive their spouses, Boomer and older women are more likely to give and give more to charity than men, according to Women Give 2012, a study by the Women’s Philanthropy Institute. On the other hand, women often lack confidence and consistently rate behind men in understanding financial products and their perceived ability to make financial decisions, according to USA Today.

What’s up with that? Women have money to give away but not to invest? In the world of social good, a socially responsible enterprise provide a return while making the world a better place. Some women realize that and are educating themselves to assess investments rather than give their money away.

These women are breaking out of this rut and banding together to learn how to invest in small businesses. Pipeline Fellowship educates wealthy women on how to be an angel investor. At the end of the course, as a group, these women invest in a socially responsible women-led company.

Trust is another important component for women. Whether they are looking for money or providing it. “Women can be great contributors to crowdfunding other women entrepreneurs, but in order to make this a viable force for funding, women need to access through trusted sources,” said Kay Koplovitz, Chairman, Springboard Enterprises (sources, coaches, showcases and supports women-led growth companies seeking equity capital) and Founder, USA Networks.

A twist on crowdfunding women-owned businesses is Bad Girl Ventures and SoMoLend, a microfinance organizations, which raises donations to fund the best women entrepreneurs in Ohio. They train women entrepreneurs who them compete for a $25,000 low interest loan.

With crowdfunding equity investment on the horizon, how can women entrepreneurs best tap the crowd? What’s needed to get women to invest in other women?