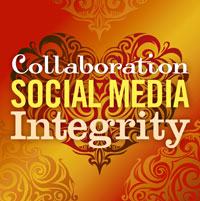 Collaboration
Every conference I went to in 2010 stressed collaboration, whether in new forms of financing for social good, both nonprofit and social enterprises, or among co-workers, within sectors or across sectors to generate new products/services. If you didn’t get the memo, check out some of the posts from the Social Impact Exchange 2010 Conference.

Or think back to the Social Innovation Fund, in which the government and foundations are co-funding nonprofits ready to scale.

I got yet another good look – although I didn’t really need it, I’m sold! – at the power of networking, a very old form but potent form of collaboration. In a class I facilitated, I saw stymied entrepreneurs revitalize themselves and their businesses with the help of peer advice.

If these don’t say it loudly enough, check out the technology here and coming along. If you don’t collaborate you are s-o-o 20th century.

In 2011, both technology and the reorganization of the economy are going to encourage – perhaps require – collaboration at every level.

Social Media
If we didn’t know it before, we know it now: Social media are mandatory for social good businesses large and small, nonprofit or for-profit. It seems as if 2010 was the year in which both small businesses and nonprofits really grasped this sea-change in how business is conducted.

Of course, there are always the early adapters who see the future and lead us to it. Their experience came out in Ventureneer’s survey of nonprofit use of social media which, while it says “nonprofit” in the name, really offers best-practices guidelines for small businesses and social entrepreneurs as well.

Social media aren’t going away and they will not remain static. In fact, that’s one of the big complaints about them: They change so often, it’s hard to keep up with the rules. But also changing are the ways in which they can be effectively used, as more apps are developed by the media platforms themselves and by enterprising people who see ways to bring good causes together with donors and good customers together with businesses.

In 2011, I think social good agencies will realize that a presence on social media is as fundamental as a web page and email address.

Integrity
Ah, one of my favorite topics and it was out there all year. Not just in the continued revelations about banks and BP’s “cost-saving” choice of valves but in the demand for more transparency and accountability in the SIF grant process and in the furor about whether it was appropriate for the Komen fund to partner with KFC.

I think that demand for real integrity, as opposed to lip-service, is going to grow, which gives me hope that 2011 will be a very good year for us all.