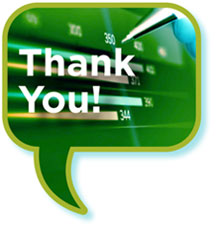 As some of you know, Ventureneer is into social media big time. We’ve been cited for our best practices in several books, online and in print.*

What you may not know is that I’m also a research geek, having done market research for The Wall Street Journal, Dow Jones, and many small businesses and nonprofits. It’s rare that I can combine both passions into one project but Ventureneer, in collaboration with Caliber just fielded a survey about social media habits and best practices among nonprofits.

If the number of nonprofits who responded – 891 – is any indication, I’d say the interest in social media is high. We used a variety of techniques to drive traffic to the survey, including internal email lists, promotion partners Professionals for NonProfits, New York Technical Assistance Providers, and the Support Center. We also used social media, including Twitter, LinkedIn, and Facebook.

The report and a series of in-depth articles about our findings will be posted in the next few weeks, but I wanted to whet your appetite with a tidbit. The use of social media as a percentage of the overall marketing effort will be nearly doubling from this year to next: 9% in 2010 versus 16% in 2011. With so many nonprofits increasing their use of social media, it’s critical that they learn how to do it well.

But, here’s another tidbit: One of the most-used social media, LinkedIn, is not effectively used. Those two results, taken together, indicate that nonprofits may waste a lot of marketing effort next year unless they learn what works best for each sector and for different purposes (advocacy, fundraising, raising awareness). Happily, we asked questions about those and other issues in the survey as well. The answers, which will become best-practices guidelines, are among the data we’ll be periodically reporting on in the weeks to come. We’ll be able to extract real-life lessons learned from nonprofits who are doing social media successfully to develop those guidelines.

With the great response to the survey, we’ll be able to do what we’d hoped: Create a practical, free tool for nonprofit marketing and development staff to use when developing their marketing plans. It’s on the way and for that, we have you – the people who responded – to thank.

*Ventureneer has been cited for its use of social media in a variety of media.