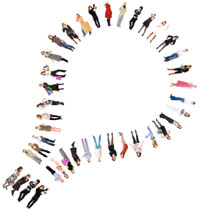 Don’t be put off by the long title. The report by the Committee Encouraging Corporate Philanthropy is a rich, challenging, inspiring resource, especially the 10 pages of comments from different angles: investor, advocate, foreign leader, consumer, private foundation, and more.

It is one of those documents in which things just leap out at you. What leaps out at me may be different than what catches your eye, and on second and third reading, I may pick up other gems.

From the consumer perspective:

First, companies must begin treating their customers like advocates, not just as consumers … And what’s the smartest way to engage people? Through a conversation about the things that matter to them.

This changes the focus says Jack Leslie, chairman of Weber Standwick and author of this piece of the report, “… from questioning whether a company itself is behaving well to whether its products help me, the consumer, become a better, more responsible person. So for a business, it’s all about how I can connect with my customers’ aspirations.”

I call that good news, indeed. It means those of us who value values have made a significant inroad: We have used customer demand to change the business model, and it’s working!

As social enterprises marketing values as well as products have increased, customer awareness has been raised and expectations changed. Kind of a sneak attack that has forced major corporations to market their social values as well … which means they had to acquire some.

Another gem I found, this one from Kevin Jenkins, CEO of World Vision, representing the advocacy perspective:

It’s not a do-gooder idea, useful only to nonprofits. It’s an idea that has proved its worth in some of the biggest businesses in the world, like Google, whose CEO, Eric Schmidt, is credited with being the nicest tech CEO. Schmidt and Google believe in sharing, in cooperation and collaboration, in open source. It seems to be working well.

And the triple bottom line has inspired other collaborations among companies like IBM and Nokia.

The report shows why investors, world leaders, humanitarians, and consumers expect businesses to include curing social ills in their business plans; it also shows the ways in which businesses have done so. Isn’t that all good news?

Read it, then let me know what caught your eye and why.