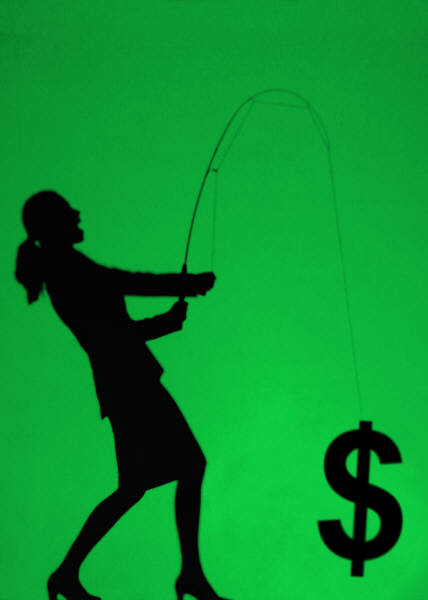 Social Media Can Attract Big Fish As Well as Small Fryback
By Geri Stengelon Aug 7, 2012 - 4:20am

Many nonprofits already use social media, including mobile, to raise money among individual donors. Small donations add up, as Mark Hanis found. His first Facebook campaign raised $250,000 in 2005 for Genocide Intervention Network, now known as United to End Genocide.

But few nonprofits use social media to build relationship with potential Big Fish donors. Yup, you can target and build these important relationships by engaging with them through Facebook, LinkedIn, and Twitter. The relationship starts online, but the “ask” happens offline, perhaps on the phone, but most likely face-to-face.

Building these relationships is hard work but the benefits are enormous. Effective social media outreach takes at least 25 hours of staff time per week, according to the  Ditch Digital Dabbling research report. Hanis has tips for those willing to undertake the task, based on his experience as head of the Genocide Intervention Network:

1. Identify prospects using annual reports and gala invites from nonprofits working in your sector, which are among Hanis’ favorite methods. The Foundation Center also recommends reading press releases from nonprofits announcing donors as well as newspapers, magazines, etc. They also recommend using database such as WealthEngine or DonorSearch. The Foundation Center subscribes to DonorSearch so you can use this for free from their library.

2. Research which social media these major donors are using. Hanis found that millennials are more likely to use Facebook while Baby Boomers like LinkedIn. Engage with a prospect using the social medium they use.

3. Learn their areas of interest and how engaged they are in your cause. The more you know about an individual, the better able you’ll be to engage them. Both free and fee-based resources to find out more about them are plentiful online. Check out Going Beyond Google to Find and Research Donor Prospects for a list of websites that Maria Semple, The Prospect Finder, suggests for getting started.

4. Engage on an ongoing basis. Cultivating a prospect is not a one-time event. Use social media to engage in a dialog. Get to know the prospect and build a long-term relationship, just as you would in person.

5. Coordinate all internal efforts. All departments of the organization need to know what the other departments are doing.

An organization dedicated to “never again” a genocide — such as those in Europe, Cambodia, Rwanda, Bosnia, and Darfur — must raise awareness and advocate with as much energy as it raises money. Each department needs to know when the others are contacting a prospect and what they are saying. Too many contacts become irritating. Conflicting statements become confusing. Work together to build a solid, consistent message.

Genocide Intervention Network used Salesforce, which has a robust contact management system, to keep everyone in the loop about interactions with major prospects.

6. Reach out. It’s always best to get an introduction even if you have a relationship through social media. Who do you know who knows the prospect and are they willing to make an introduction? The introduction can take place online. LinkedIn makes this particularly easy to do. However, you can always go old-school and coordinate through email or phone.

Don’t know anyone to make the introduction? No problem. Cold calling or emailing isn’t as hard as you think when you share a common interest and your name is already recognized from online interaction.

Hanis will take his experience cultivating Big Fish donors to the new organization that he is forming, Organ Alliance. Keep an eye on it. When you want to know how to do something, follow the lead of someone who does it well.