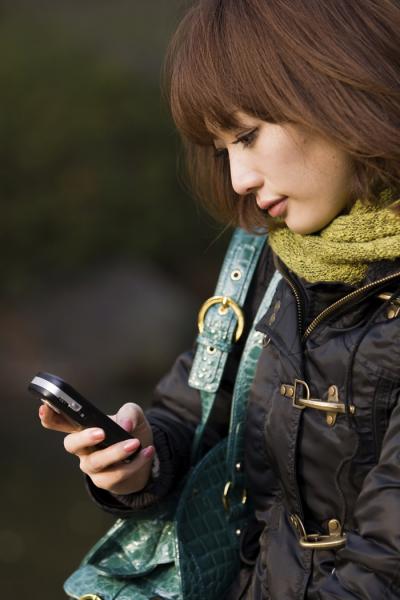 If you aren’t sure whether social media is useful for nonprofits, read on.

A million deaths to zero: A goal within reach?
In 2006, private equity investor Ray Chambers founded Malaria No More with then-News Corporation President and COO Peter Chernin. Chambers is now special envoy of the UN Secretary General for Malaria. The focus of Malaria No More is to end the 1 million deaths per year — mostly children — from malaria in sub-saharan Africa. Insecticide-treated mosquite bed nets (cost $10) can bring the death rate to 0.

From 1 million deaths to zero.

Chambers’ “aha moment” came in 2009, when he realized the power of social media to raise awareness and create positive social change. The “aha” was that social media rocks. Ashton Kutcher and CNN raised awareness among their 1 million followers about the death-toll from malaria. Their involvement raised $200,000 to purchase mosquito nets.

The next year a team of social media envoys — 50 of the most-followed people and organizations on Twitter and other media, including Mashable — was put together to spread malaria-awareness and raise money. The envoys promised to push that awareness at least once a month to their followers on social media.

The results, Chamber said, have been astounding.

The first round of social media mentions on World Malaria Day — April 25, 2010 — reached more than 28 million people, spreading awareness and calls to action farther than any traditional media campaign could, and without the tremendous upfront cost of traditional media. As of this week, the social media envoy program has reached more than 174 million people, according to Chambers.

Chambers spoke at the Mashable Social Good Summit, held yesterday at the 92nd St Y in New York City. The event brought together people who are solving the world’s most intractable problems, using the UN’s Millennium Development Goals (MDGs).

Can social media stamp out HIV/AIDS?
No children born with HIV/AIDS by 2015: That’s the goal of (RED)’s social media project, according to Susan Smith Ellis, CEO of (RED). Her organization’s marketing budget is, h-m-m, well, not so much, so the organization has to find a medium that grabs people’s attentions and makes them listen. The social media campaign will be augmented by public service announcements (another powerful medium although not social) in which celebrities will compare the buying-power of 40 cents: a new coat of nail polish or two pills a day for an AIDS patient to stay alive.

(Raising that kind of awareness will help all nonprofits!)

It’s the games people play
MTV is media and it’s taking another approach: creating content for its shows that moves people, and using other media that snags their interest. The trick, according to Judy McGrath, CEO of MTV Networks, is to find the right way to connect with people. “You need Jersey Shore to get them in the tent and then you need something like World of Jenks or a Docu Series to speak to the other part of their personality,” she said.

A basic tenet of marketing is that you have to reach people where they’re at, whether that’s at a ball game or texting on their smartphone.

MTV’s audience, mostly young, is willing to give as long as you get them where they’re at: gaming, for example. MTV created a social game, called “Darfur is Dying.” It was a format that clicked and its players did, too, giving hundreds of thousands of contributions to a social cause not usually talked about by young people. These are the people who are shaping the future, so that is very good news.

Send the word: We need help!
When the earthquake hit Haiti, $31 million was raised by people texting “Haiti,” according to Chris Hughes, founder of Jumo and co-founder of Facebook. Now Hughes is building a social network to connect people who want to change the world, a social medium that will make it easy to find, follow, and support those who work on the world’s problems.  “We don’t make normative judgments about what people should care about – we’re just the infrastructure that helps the individual pursue her passions in a more meaningful way,” Hughes said.

If it takes off the way its less socially conscious predecessor has, reaching out, getting help, and targeting solutions will all become a lot easier.

Crowdrise is another “social good” website, founded by award-winning actor Edward Norton. Using Crowdrise, individuals and organizations can organize grassroots activism campaigns and raise funds for causes. It’s motto is blunt: If you don’t give back, no one will like you. It is a brash, youth-oriented site that combines social media with earning points and competition.

It’s other in-your-face admonition? Start your charitable life. Not a bad admonition for anyone, no matter their age or point-standing in the competition.

It’s not just technology; it’s about effect
If you are passionate about saving the world, you have to be passionate about humanity, said Howard W. Buffett, Director of Agriculture Development, U.S. Department of Defense and grandson of businessman and philanthropist Warren Buffett. Bring humanity back into the equation, transform the data so it has the power to inspire, he urged. There is a danger that the distance created by technology makes it easier to give money without actually caring much, he indicated. And that way lies minimal involvement instead of engagement.

Nonprofits also need more than lots of friends on Facebook or Jumo. They need to show they make a real difference, according to Matthew Bishop, American Business Editor and New York Bureau Chief, The Economist. Nonprofits don’t invest in measurement and impact assessment much now, a problem that new technology will make moot as measurement becomes inexpensive. Expect a new level of accountability, Bishop said.

He’s right. A lot of people are watching now, their hands on their wallets, waiting to see if your nonprofit really changes the world.

How can social media help your organization change the world? How can you engage that new generation?