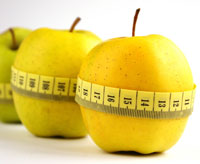 Some people know what matters. And, I’m happy to say, there are a lot of them. The Unreasonable Institute just announced the top social enterprises competing for funding by the Institute and noted that there were so many good applicants that the process of whittling them down had been arduous.

A quick look at aspirations and plans of the finalists was heart-warming. They know what to aim for: improving peoples’ lives, not necessarily their income. Their focus is on reducing pollution; providing nutrition, health care and water; and education.

Lest the rest of us lose our bearings, The New York Times gave us a reminder of what counts: quality of life, not income. That seems like a no-brainer but as the article pointed out, we in the West typically rate countries (and people) on their per capita income. The case in point: Liberia where per capita income has fallen 80 percent according to World Bank statistics, which makes it the poster-child for bad governance.

But, as The Times also noted, the quality of life in Liberia has improved at an “unprecedented rate” even as the economy floundered. Other areas – the Middle East, Latin America – also had sharp rises in longevity without sharp rise is GDP.

Which raises the question, what should we be measuring when we measure the health of a country:

Charles Kenny, a British development economist, argues that success of development is not measured in making people richer but by “making things that really matter – like health and education – cheaper and more widely available.”

By those measures, Liberia is doing okay with life expectancy, health care, education, and opportunities for women on the rise. And those social entrepreneurs are right on target by focusing on such things.

In the long run, that will be good for the countries in which they work as well as their own longevity and health, even if they never get rich.

A study reported on in the The Wall Street Journal questions how we measure happiness. In brief, the things that money can buy, called “hedonic well-being,” such as a fine meal, are not as good for your health and longevity as “eudaimonia,” the state of well being brought about by doing something meaningful.

What do you think contributes to long-term happiness? Should we develop a new measure of the success of nations that includes health care and education rather than only focusing on GDP?