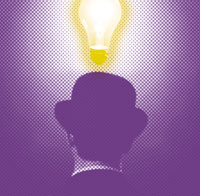 The Doe Fund is no newbie in the nonprofit world. For 25 years, the organization has run very successful programs in New York City and Philadelphia helping homeless people become self-sufficient.

Now it wants to replicate its Ready, Willing, and Able program, its successful and cost-efficient transitional housing and employment program for homeless and formerly incarcerated, throughout the United States. Skyrocketing costs of incarceration, the expense and ineffectiveness of shelters, shrinking resources, staggeringly high rates of recidivism and increasing numbers of homeless people make scaling RWA a natural for the Social Impact Exchange Business Plan competition. SIE gave competitors access to resources on growth, group training and, for the second round, a coach. I had the pleasure of coaching The Doe Fund.

Although The Doe Fund is experienced at fundraising from government agencies and foundations, and has successfully raised money for developing the social business ventures that provide work and training for its participants, Shelley Emmer, director of foundation and corporate giving, and Maura Greaney, director of development, had not developed a business-plan based proposal for bringing the entire organizational model to scale before.

“We have an idea, a vision that has worked well in two urban areas,” Emmer said. “But how do you take a package of residential and support services, visible social enterprises, partnerships with other service providers, occupational training, and career development that work here in New York to other cities?”

To answer that question, the organization had to define the essential elements of its programs and figure out how to set up those elements in areas where resources and culture differed dramatically from those in New York city.

And, to move forward in the competition, those elements had to be incorporated into a business plan that could be replicated.

Lessons learned
Based on her experience, Emmer has some advice for those who enter the next SIE competition or one like it. Think about:

What they wished they’d had

Benefits
“The competition was absolutely useful,” Emmer said. “A lot of stuff we pulled together will help us as we go forward. Geri got us to think in a different way, through business lenses. She got us to present results in a more business-oriented way, to chart things, to dig deep into what we do to show the impact.”

“This kind of thinking helped us solidify the elements of our program and why we are good,” she added. “It helped to put a different lens on it.”

Although not a finalist, The Doe Fund will go forward with Ready, Willing and Able America but now it has a clearer vision and a solid business plan.