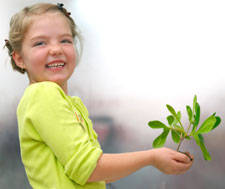 Despite all the new tools — social media, planned giving — philanthropy in the US is not keeping up with the need for services, according to the report.

Instead of holding tightly to every donor you have, the report encourages nonprofits to look at donors as individuals and, if another organization better suits the donor’s goals, let them go.

It’s a radical idea and it boils down to this: We need to nurture giving as a part of each individual’s life for a lifetime. To do that, donors must get a deep sense of satisfaction from giving — whether time or money or skill. If your organization can’t provide that satisfaction, let another cause or another organization do so.

It’s a long-term approach, aimed at increasing philanthropy overall. It looks at the lifetime value of donors rather than how much they’ll spend at this year’s gala. Donor retention means paying attention to donors, large and small, as well as volunteers. The volunteer could become a small donor, a larger donor and, eventually, leave a bequest to the organization.

Suffice it to say, the white paper is full of thought-provoking ideas, from breaking down silos — fundraising, volunteer management, communication within organizations — to sharing fundraising staff among multiple small nonprofits.

It has ideas about engaging young people, setting up a peer-review website and — yes! — encourage the use of best practices in social media.

For anyone thinking about the future of fundraising, for their own organization or for the sector, this white paper would make the basis of a great staff or board retreat. It would certainly keep the conversation going.

How so you think the nonprofit sector can increase philanthropy for the long term?

If you liked this article, you may also like:
New Models of Philanthropy Will Challenge, Enrich Nonprofits
Jewish Grantmaker Experiments with Competition, Long-Term Grants, Hands-on Involvement
New Rating System Will Guide Billions in Donations. Will Your Nonprofit Benefit?
The New Philanthropy: Long-Term, Collaborative, and Transformative