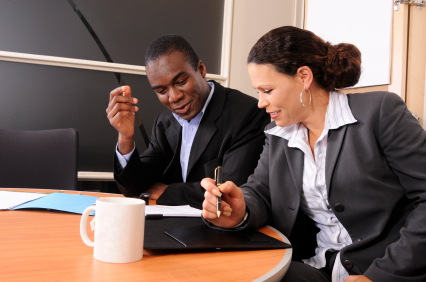 
Why do nonprofit leaders and funders alike continue to shortchange nonprofit organizations? That’s the question The Bridgespan Group asked, and answered, in its new report, The Nonprofit Starvation Cycle.

After examining 220,000 IRS Form 990s, the researchers at Bridgespan concluded that nonprofits were not accurately reporting their overhead costs. More than one-third reported no expenditures for fundraising. One in eight, the report says, reported no management or general expenses.

That can’t be. How do you run a business without any management expenses, without general expenses, like electricity, phones, computers, bookkeepers or postage?

The under-reporting of overhead starts and ends with funders, according to Bridgespan, but nonprofit leaders and nonprofit rating agencies play their part along the way.

Funders, both government and foundation, often allow as little as 13 percent for administration of programs. Yet realistic business figures show that even the most efficient businesses need at least 20 percent.

Nonprofit rating agencies base their reports of “good” nonprofits on the ratio of spending on fundraising and administration to spending on programs.

Such standards end up punishing an organization for spending money to upgrade its computers or pay health benefits to its employees, both of which are legitimate costs of a socially responsible business.

Which leads nonprofits to under-report administration costs so they look good to funders and rating agencies.

Wow! That’s a pretty strong statement about the accuracy of nonprofit financial reports!

And all these nonprofit organizations reporting low, low overhead, reinforce the funders in their belief that a nonprofit can operate without paying competitive wages or using up-to-date computers.

It’s the perfect example of a vicious cycle.

The report is both a reality check and a call to arms.

A reality check because this just can’t go on. You can’t keep operating if you are funded for overhead of 13 percent but it’s costing you 20 percent. At some point, staff burns out, the quality of the program declines or you just can’t deliver.

A call to arms because Bridgespan suggests than nonprofits should unite in an effort to educate donors — both foundations and individuals – about the importance of overhead and how it contributes to the quality of programs.

That education includes realistic estimates of the day-to-day costs of doing business and making a case for expenditures such as an upgraded computer system or better software. These things add value to programs and allow expansion so someone – specifically the leaders of nonprofits — must speak up.

Education also includes shifting focus from how much is spent on overhead to program outcomes. Nonprofit leaders need to start talking about ways to approach funders and how to make the case for one-time or ongoing indirect costs.

This is an great example of an issue we should work on together, where peer-to-peer support and brainstorming could well generate a solution.

“There is real potential for change if all of the major stakeholders – government, private funders, and the nonprofits themselves – take steps to acknowledge that capacity building is critical to the health of an organization,” says Jamie McAuliffe, a portfolio manager at the New York-based Edna McConnell Clark Foundation, as quoted in the Bridgespan report.

What do you think about this report? Are nonprofit leaders holding back the real cost of doing business? Are they forced to mislead, as the report says? Have you gotten more funding for indirect costs? How did you do it? Has your organization been held back by unrealistic overhead expectations from funders? What are you going to do about it? Let’s get this conversation going!