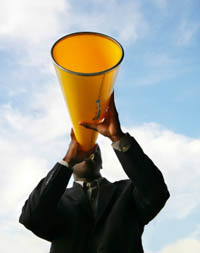 More Calls for Change in Way Non Profit Finances Are Evaluatedback
By Geri Stengelon Nov 18, 2009 - 5:59am

More calls to action have been made, urging funders, non profits and, yes, even the government to revise the way in which the financial effectiveness of non profits is evaluated. Hard on the heels of the Bridgespan Group report, which I discussed in my October 20 blog, Nonprofit Funding Standards Undermine Nonprofits, come two more reports, urging re-evaluation of what constitutes a “good” non profit.

Like the Bridgespan report, all three call for more emphasis on program effectiveness and less emphasis on overhead costs. Perhaps we’ve reached the tipping point, the moment when we really can change a really bad system.

More and more people are speaking out about the ways in which non profits are handicapped by unrealistic expectations, gnarly regulations, and impractical ideas about the way non profits should conduct business.

I like the thoughtful comments of Dan Pallotta, who proposes six steps the White House can take to, as he says, “significantly move the needle on social change.” While I might quibble with some of the fine points of Pallotta’s suggestions, his underlying thinking is on the nose and in keeping with Bridgespan’s analysis.

Like Bridgespan, Pallotta suggests that foundations should give more unrestricted funds, that is, money that can be leveraged by improving efficiency (upgrading technology, training staff) or raising more money (fundraising events, increasing public awareness).

Non profits should use some for-profit business practices, according to Pallotta, such as advertising, trying new techniques – even if failure is sometimes the result – and compensating well enough to attract good talent. Check out our guest blogger Stephanie Fritsch, The New Nonprofit Paradigm: Fusing Compassion with Capitalism, for more about this.

Pallotta takes the call to action farther, suggesting that the federal government work with state attorneys general to develop a national non profit evaluation system that emphasizes impact more than ratios. That system should give the same weight to accomplishing goals as it does to keeping costs down.

Joining Pallotta in his call to change the role of the IRS in non profit oversight is former IRS non profit watchdog Marc Owens. He, like Pallotta, has called for a new agency to regulate non profits, leaving the IRS to check tax returns, not make the rules.

Owens wants a freestanding board to evaluate and coordinate the policies of all agencies that oversee non profit groups. Imagine that! Coordinated rules and regulations rather than conflicting or overlapping requirements.

Best of all – my favorite part of both proposals – is the call for a national conference that brings together non profit leaders, social entrepreneurs, funders and those new kids on the block, “venture philanthropists” and for-profit charities.

Like the Bridgespan Group, Pallotta and Owens are calling for a complete overhaul of the way non profits are evaluated, funded, regulated, and allowed to raise money.

Wow! Is this the beginning of a sector-wide movement that will change the way we change the world? Do you have suggestions as to how we can keep the momentum going?