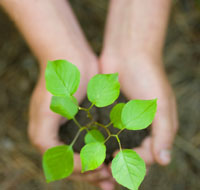 With the Social Impact Exchange Conference coming soon, I want to keep the focus on scaling well rather than just getting bigger. As I wrote before, the micro-credit industry provides examples of the good and the bad of growth and private-sector investment in nonprofits as well as a fine example of sharing lessons learned.

Not all the factors that led to abuses in micro-credit were covered in the industry’s recent report so I want to discuss a few others.

Remember, we are talking about an industry that started as a few small loans to poverty-level entrepreneurs in one village and rapidly grew to a multi-billion dollar global industry that includes nonprofits and for-profit.

1. Investor focus on growth and return. That focus pushed the mission from improving lives toward profit. The impact on the lives of borrowers was not assessed, only the number of loans and their repayment.

2. Badly constructed incentive programs. Because of the desire of investors for growth, incentives were put in place to encourage making loans – bad incentives that created the space for abuse and fueled a credit bubble. (H-m-m. Sounds a little like mortgages and the housing bubble.) Some of the practices reportedly included:

3. Degeneration of internal controls. Some companies grew too quickly;  they couldn’t hire and train people fast enough to keep up with the growth. As volumes increased, personal contact and internal controls that were the underpinning of successful micro-credit vanished. In the beginning, when a borrower took out a loan for a cow, the lender checked up later to see how the cow and the borrower were doing. With rapid growth, the lenders no longer had the staff – or perhaps the inclination – to check up. Human empathy took a hit. Loan officers were no longer close enough to their clients to know if a delayed payment was the result of mismanagement, malingering or the ill-heath of the wage earner. Borrowers had no oversight and no personal relationship to guide and support them.

4. Lack of regulation when the industry started growing, which micro-credit companies are now beginning to rue. Lack of oversight means some borrowers took on more debt than they could possibly repay, creating a credit bubble that resembled a giant Ponzi scheme: Poor borrowers took out new loans to repay old ones.

Self-regulation is one solution belatedly pursued. The Micro-finance Institutions Network, an Indian industry group, has launched a micro-credit bureau to keep track of borrowers.

And the first industry award for excellence in customer service has been given by the Smart Campaign of the industry itself.

And government regulation is being sought. India’s micro-finance companies are now lobbying for central bank regulation, to stem the piecemeal, draconian and possibly politically motivated oversight by individual states

Do you see other lessons growing nonprofits can learn from micro-credit? Do you think these lessons apply sector-wide or that micro-credit is a special case? Can investor-backed social good really keep focus on mission?