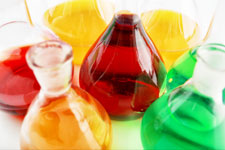 Building a broader donor base is forcing a transformation in grantmaking. Jewish philanthropy has been hard-hit by demographic changes. Last week, I looked at the way the UJA-Federation of New York City is handling the challenge.

Now, let’s go West to see how the Jewish Federation of San Francisco is doing it.

“Strategic” is the keyword, according to Adin Miller, Senior Director of Community Impact and Innovations, and the question to answer is “How can we create the greatest impact for the dollar?” It’s not just about giving money, he says, but about how to align resources so they have the maximum impact on the most critical needs in the community.

He outlines four problems that the Federation faces:

Still to come: A standardized tool to measure outcomes and impact.

The shift to 3-year, competitive grants awarded on the basis of impact data will be an evolutionary rather than revolutionary process for the Federation. It will take several years to complete but has already brought benefits: Those 15 engaged new philanthropists.