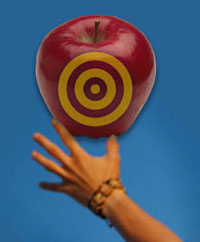 Is This Ethical Business? Profits Are High So Cut Wages and Benefits.back
By Geri Stengelon Sep 2, 2010 - 1:28am

The way a business treats its employees is a matter of ethics as well as a matter of profit. Well-trained employees, who are loyal and invested in the company, are more productive and often come up with the tweaks and changes that help a company grow. Moreover, they contribute to profit and growth and so deserve to participate in the rewards thereof.

That said, here’s a real-life example of a company that disagrees with that business ethic: Mott’s Apple Juice in upstate New York.

Mott’s, aka Dr Pepper Snapple Group is making “record profits,” according to a New York Times article, yet the company is seeking a wage cut, pension freeze, and cuts to other workers’ benefits. But it increased its dividends by 67 percent in May, about the time it cut off negotiations with the union.

Why? Because it can.

The average income of other workers in the economically depressed area is less than what Mott workers make. This isn’t about the need for concessions; it’s about an opportunity to cut costs at the expense of workers. It’s about social irresponsibility.

Because there are so many people out of work in the area, the company can replace unionized workers with non-union, lower-wage, untrained workers. It can further depress the economy.

The strike has gone on for 90 days. Production continues with replacement workers but at a reduced level of applesauce. And the apple crop is about to come in. Local farmers worry that the factory will be unable to process their crop, which be another economic blow.

What’s wrong with this picture? Where do I start?

The company’s response is to pull out that line about “fiduciary responsibility to shareholders,” and that a profitable business “attracts investment, generates jobs” (bad ones count, too, I guess) and “builds communities” (by further depressing consumer spending).

The problems with those arguments are several. First, not having the trained staff needed to process the upcoming apple crop could cut income drastically and certainly won’t build the community.

Secondly, does cutting employee wages to minimize cost apply to the management level as well? Surely there are a lot of unemployed managers, CEOs, and CFOs who would be happy to work for a little less than the current leadership team. Has that been investigated in the interests of “fiduciary responsibility?”

Is this an ethical response to making a record-breaking profit? Is cutting wages and benefits for workers really responsible in the long run? Should salary and benefit cuts be applied across the board if applied at all?