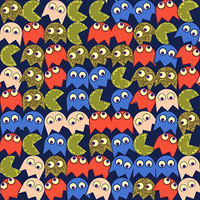 Is Gates Foundation Unethical Or Just Leading-Edge?back
By Geri Stengelon Mar 15, 2011 - 4:05am

Last year, we complained about the way nonprofits are evaluated, mostly the unrealistic expectation that nonprofits – which are businesses – should spend less than 13 percent on operating expenses.

But we undermine nonprofits in other ways, by being too zealous in our scrutiny. As a friend of mine says, “We eat our own.” In other words, nonprofits are so critical of innovation and new ways of doing business that they cast doubt on the sincerity and ethics of innovators.

Case in point: The Gates Foundation. In October 2010, its partnership (funding) with ABC was celebrated as a way to bring information about third-world illness to the forefront of public discussion despite the fact that newspapers everywhere were cutting overseas coverage.

Now, The Seattle Times is questioning the ethics of the Gates Foundation and of the news agencies benefitting from its largesse because “To garner attention for the issues it cares about, the foundation has invested millions in training programs for journalists. It funds research on the most effective ways to craft media messages.”

That’s called marketing. Also, advocacy. Getting the word out about social problems is an important aspect of advocacy, even if it means training reporters to uncover the stories that need telling.

The Gates Foundation is ramping up advocacy by giving money to those – yes, for-profits – who can really get the word out. As long as they don’t dictate the contents of the coverage, how is this wrong? Does it differ from hiring a for-profit ad agency to put together an ad campaign? Or paying an event-planner to put on a gala? It’s about giving money to professionals in the hope of getting the job done right.

Is receiving money from a foundation going to affect the content of the news any more than the proceeds from a big advertiser do? Ah, now that is the ethical question and it is one the news media, not the foundation, must answer. The article should investigate whether both sides of the stories about health initiatives in Africa were examined.

Including whether the medical solutions supported by Gates are effective.

The article didn’t ask that question.

The tone of The Seattle Times article focused on criticizing the Gates Foundation for funding news reports, for partnering with a for-profit news organization, and for advocacy that is “  … essentially public relations: an attempt to influence decision-makers and sway public opinion. The ultimate goal is to boost funding and focus from governments … “

Uh, I think that is a really good description of what advocacy is.

Doesn’t it make sense to partner with people who know how to do the job rather than re-inventing the wheel? Gates is clearly showing one side of the story to reporters. Isn’t that what corporations, government agencies, and talking points from nonprofits have always done? It is the job of the news media to get the other side of the story.

Which brings me back to the statement my friend made, “We eat our own.”

Allowing this kind of smear and helping to spread doubt about a foundation that is advocating for world health and bringing health problems to the forefront of public discussion is tantamount to tying the hands of nonprofits.

If we can’t try partnerships with for-profits:

Transparency and accountability? Of course, for both the foundations and the media. But innovation and collaboration, also “Yes!”

Are we setting the standards for nonprofits too high? Are we “eating our own” by criticizing and allowing others to criticize any change in the way nonprofits do business?