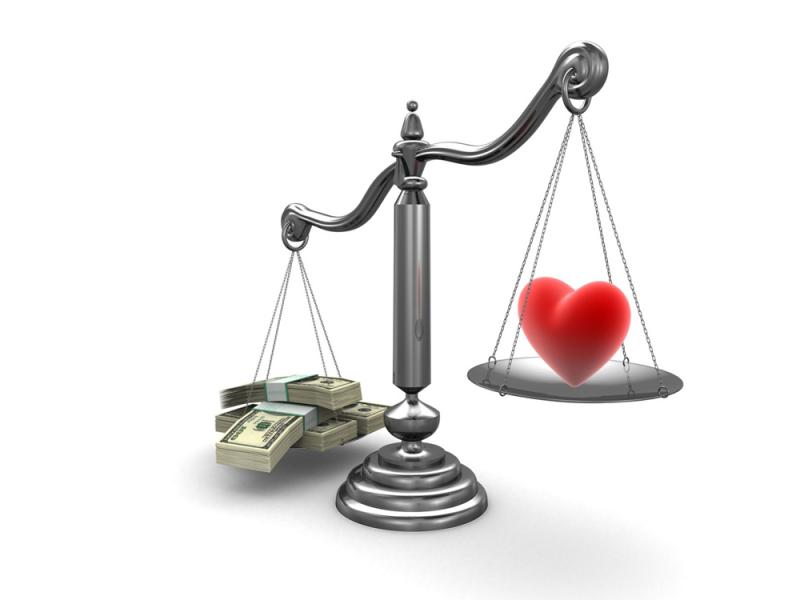 How One Woman Started an Investment Firm That Balances Financial and Social Returnsback
By Geri Stengelon Sep 5, 2013 - 4:20am

I count myself lucky to be positioned in my work at the intersection of a number of communities: investors, women entrepreneurs, social purpose business and technology. I am immersed in the language of investment decision-making and have the opportunity to contemplate and tackle the challenges faced by women, social purpose business professionals and startup ventures.

I’m going to share with you my challenging, exciting, disheartening and uplifting journey, as a female entrepreneur, to create an innovative investment company.

Back in the mid-1990s, training to be a Chartered Accountant at Deloitte in Toronto, my female colleagues and I wondered where all the female partners were. In 2003, at my first investment banking job, at Hypo Real Estate Bank in London (the second largest European real estate financier at the time), I was the only client-facing, front office female staff member out of 11 people. In my second investment banking job, in the Structured Real Estate Capital team at ABN AMRO Bank, out of a team of about 45 people, there were four women, and only two of whom were in senior positions (myself and one other woman).

In 2011, I relocated to Vancouver to join Vancity’s impact investing team. I thought it was my dream job—it had to be, I was moving myself and my husband halfway around the world, away from family and friends in the UK! Our team had three women (out of eight) who were client-facing, deal-doing staff—an improvement over the 1:11 ratio I had experienced in conventional financing teams in London. However, in another part of Vancity, the vast majority of the client-facing staff were men. I can only recall there being two women amongst an estimated 30 account managers.

At the time, the Senior Vice-President reporting to the CEO and the three Vice-Presidents for the business lines in our division were all men. There were women, but they were the Senior VPs of Human Resources, Risk Management, and Marketing—roles more typically occupied by female employees.

In my position at Vancity, while the overall ratio of women to men was dramatically improved than in my previous positions, my concern was that most of the time, the first point of contact for our clients was through male staff members—and furthermore, that there was still a significant male lens regarding final decisions about with whom, what and how business was done.

What was also disconcerting to me was that approach to financial and investment decision-making I was experiencing and observing in the impact investing sector was little different from what I had experienced in my investment banking career at more traditional institutions. I strongly felt that not only should an impact investing team be financing purposeful and innovative businesses, but that the team should practice a whole, integrated investment approach, itself innovative and rooted in purpose.

At the beginning of 2012, I was driven to create Pique Ventures, an investment platform for Integrated Investing, an impactful approach to investing which starts with integrating information from analysis, emotion, intuition, and body into our investment decisions. Throughout my journey, I have maintained that the driver of better outcomes in both financial and social returns are to be found in the way in which investment decisions are made.

In the early days when I shared my vision with others, in general, I was received with knowing nods from women and momentary looks of curiosity from men. In general, the supportive men openly spoke about impact and were involved in businesses that were driven by a double or triple-bottom-line philosophy.

In one of my earliest conversations, I spoke with Tracey Theemes, co-founder of Sophia Financial and a woman I very much admire. She gave me a piece of advice that was hard to forget. “If there are any women angel investors in Vancouver, you’ll have to create them,” she said. At first, this seemed like a daunting task, but later it would become a memorable and motivating chant at the back of my mind.

In establishing Pique Ventures, I sought out potential mentors and advisors to help guide me on my way. I found champions in some of the unlikeliest places—not in angel networks and venture capital firms, but rather in conversations about innovation and leadership. Through these conversations, I started to recognize a pattern. For the most part, the early adopters of my approach to Integrated Investing were women who exhibited a fierce independence and energy, balanced with a sense of patience and creativity. My early champions at Pique Ventures have all been entrepreneurial in their own right, and have all invested before in some way, shape or form. In short—they are innovators and leaders.

Branching out, it became clear that not all women would be early adopters. Some of the venture capitalists that I spoke with were uncertain of the investment vehicle I was building, critiquing that it was, “too small to be viable”, that there was “insufficient deal flow”, and the “amount that the investment vehicle would be investing in each venture would too small to make any difference”. These women pointed toward the double-digit financial returns expected of typical venture funds and asked me how I could compete. One such conversation nearly led me to pack it all up—to declare Pique Ventures a nice exploration, but nonetheless, a “failure”.

Instead, I found inspiration in community of leaders changing market systems, brought together by Joy Anderson, founder of Criterion Institute. Amongst them, I found people who were more open to innovation in the concept, structure and approach of investing itself.

Surrounded by bootstrapping startups, mainly those in the fields of technology and consumer goods, I wondered, “how does someone start an investment company without any capital?”

I thought about the venture funds I knew of, both conventional and impact-focused. The most well-known had been started by people with a significant amount of personal wealth. Nearly each and every one had started through the investment of their own capital, and had subsequently raised and managed venture funds on behalf of other investors. Though I had enough of my own capital to start a business, I did not have enough to invest in a portfolio of businesses.

What I did have however, was investment experience, a passion for investment decision-making and the strong vision of creating an investment company that was more purposeful and accessible. So, like any self-respecting entrepreneur, I started with what I had: intellectual property in the form of an approach of Integrated Investing, and a propensity to connect with people quickly and connect them with each other. With this, I worked towards organizing a small group of investors, while simultaneously developing a pipeline of investment opportunities.

Nineteen months since I started on this path, whilst Pique Ventures has not yet started to invest, it is moving in the right direction, having identified five women who have expressed interest in investing via Pique Ventures and a fruitful relationship with a venture building company.

This journey—a challenging, but ultimately hugely rewarding one—has made me realize the barriers that people, in particular women, face in entering the investment and venture space. Over the past 2 years, as I searched for mentors, to little avail, and researched women investors, it has become clear to me that very few women occupy executive or partnership positions in venture firms. Furthermore, I finally came to the conclusion that female angel investors are rare, but can be developed with a different approach and engagement.

Unfortunately, my personal experience is not an anomaly. Data shows that there are fewer women in senior executive or leadership roles in finance than their male counterparts. There are also fewer female entrepreneurs leading large companies than male entrepreneurs, especially those who realize significant financial exits. On average, across all industries, it is widely known that women, on average, earn 71 cents on the dollar compared to men; and as a result of the historical trend of men controlling financial resources, there are fewer women with a seat at the financial table than would demographically be the case, if all else remained equal.

We all have a hunch about this, otherwise we wouldn’t be talking about it. We feel strongly about it. We would feel better if there were more statistics, data and information supporting women as investors, but there aren’t—just statistics about how we are missing.

In my next post, find out in what area women represent only 1.3% of executive and leadership positions and how the field of Impact Investing may be doing better as I share some of the research about the missing female perspective in investing. Join me, as I explore and suggest some of the reasons why I believe there are fewer visible women venture investors.

Bonnie Foley-Wong is the Chief Investment Innovator and Pollinator of Pique Ventures, and author of an upcoming book on Integrated Investing. Follow her on Twitter @BonnieOWong and @Pique_V. This article first appeared on SocialFinance.ca.