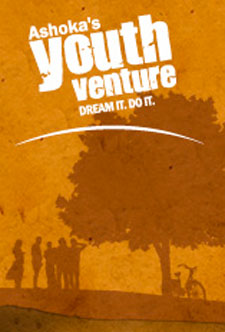 How Nonprofits Get Added Value From Entering a Business Plan Competitionback
By Geri Stengelon May 15, 2012 - 4:20am

Clement is the New England Regional Director of Youth Venture, a program of Ashoka. His secret sauce: Partner with United Way agencies, which have local connections to youth. Provide local United Way member agencies with training and a “toolbox” for inspiring and assisting teams of youth who will then create social-good ventures. Through this process, young people learn leadership, teamwork, empathy, and 21st century entrepreneurial skills that are valued and required by employers.

He’s got the data proving that the model works. Now he needs the funding.

He applied to the Social Impact Exchange (SIEx) 2012 Business Plan Competition. Entrants who made it to the second stage were given coaches to help the nonprofit polish the plan for the next level of evaluation.

The Business Plan Competition requires that you address specific topic areas including market analysis, competition and theory of change. Clement felt these sections really improved between his first and second submissions.

“The process helped me sharpen my focus,” said Clement. He’d been struggling with articulating the need for his organization. It’s much easier to explain the need for a homeless shelter or food pantry, but explaining the need for leadership training is less tangible. However, with a little more research, he was able to make a compelling case.

“Taking a broader look at the competition was eye opening,” Clement said. “Typically, nonprofits don’t compare themselves to other organizations. Yet, in an age of accountability, nonprofits must make that comparison.”

Funders have many organizations they can support. Comparing yourself to the competition helps you understand how a funder might evaluate you. You really get to know your strengths and weaknesses. It’s an opportunity to improve, which is why such competitions are so important.

Theory of change is complicated. Its assumptions about how changes will happen within any particular context and in relation to a particular intervention. For Clement, the simple creation of a flowchart allowed him to see how things fit together in a way he’d never thought about. That made it much easier to write his theory of change.

Of course, Clement would be thrilled if he won the competition. However, even if he doesn’t, he now has a plan that will serve as the basis for his master proposal for fundraising.

If you liked this article, you may also like:
7-Part Series: Developing a Nonprofit Growth Business Plan
Is Your Nonprofit Ready to Scale? Get a Leg Up with a Business Plan Competition