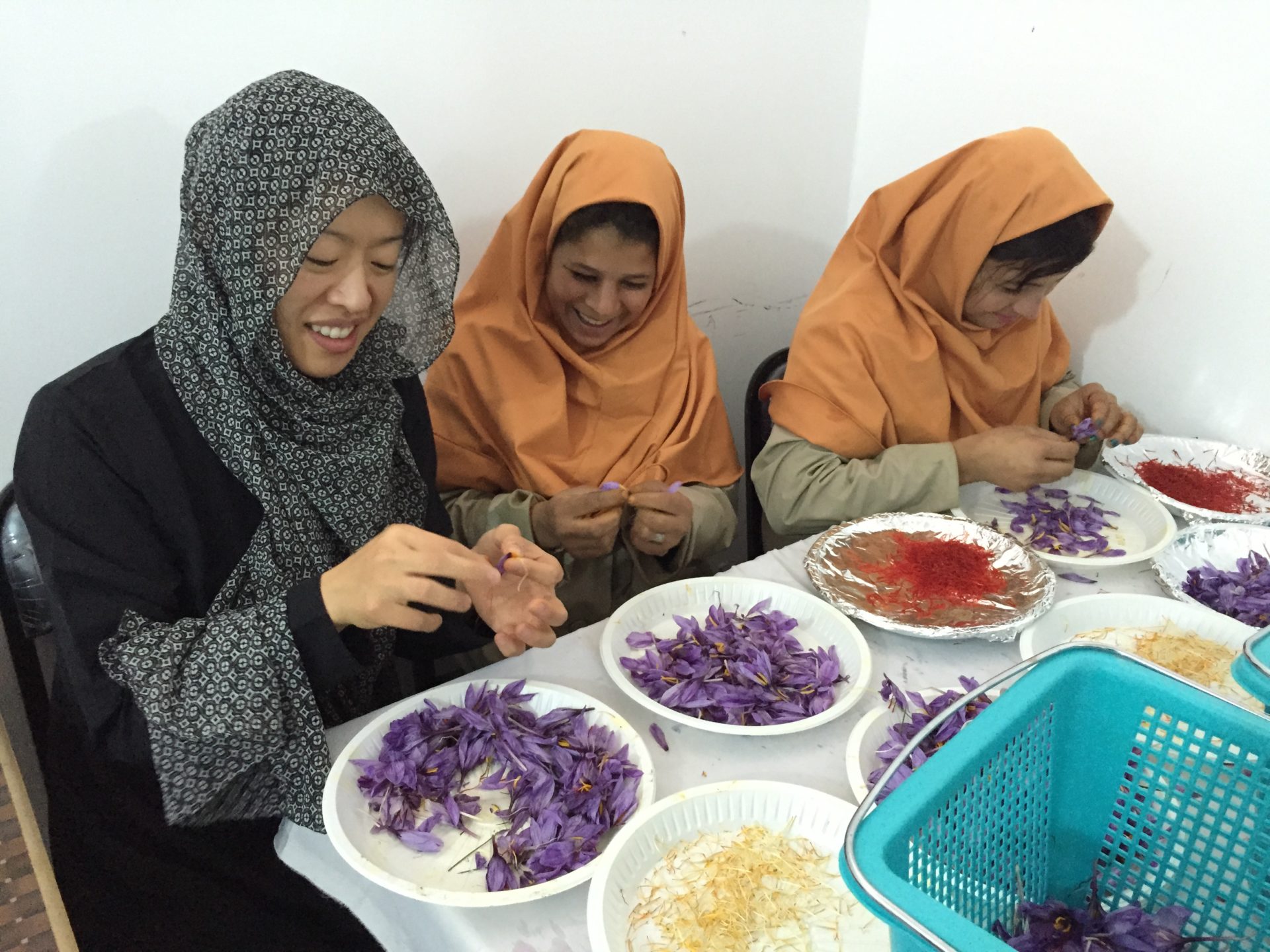 How An Army Veteran And Saffron Are Building Peaceback
By Geri Stengelon Nov 11, 2015 - 1:35am

When you think of Afghanistan, you probably think war torn and desolate. Not high quality produce.

When Kimberly Jung was stationed there as an Army captain, she tasted some of the best fruits, vegetables and spices she had ever eaten. Equally as impressive to her were the people whom she found to be optimistic despite their circumstances as well as loyal and hospitable.

When Jung came back to the U.S., she went to Harvard Business School expecting to be a management consultant At McKinsey in San Francisco. The job didn’t materialize. Instead, while on the phone with Keith Alaniz who was still deployed in Afghanistan, a spark for an entrepreneurial venture took shape. Alaniz told her about Haji Yosef, an industrious farmer who had plenty of saffron but no buyers.

Saffron is the most expensive spice in the world. It sells for six to seven times the amount of opium poppy. Both Jung and Alaniz knew that selling a high-value crop like saffron would undercut drug trade, which fuels the Taliban.