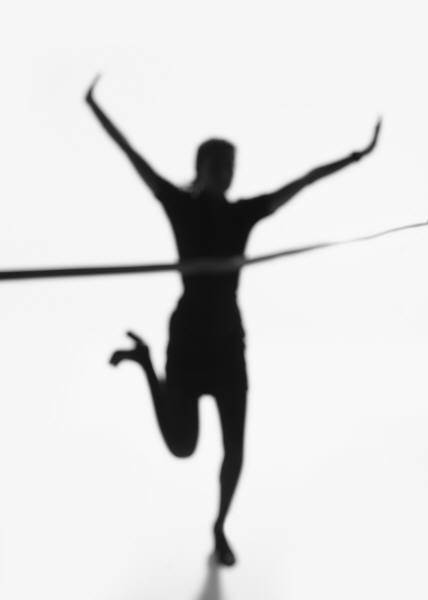 How A Business Plan Competition Encourages Women Entrepreneurshipback
By Geri Stengelon Nov 7, 2013 - 5:00am

Having role models is the basis for educating, motivating and inspiring more women to become entrepreneurs. Now a business plan competition is offering women the opportunity to become role models.

Well, they’re starting to, a trend that will help women and the economy.

Business plan competition balances for diversity
WSJ Startup of the Year, a cross between a documentary and reality show, did broad outreach throughout the start-up community, said Vanessa O’Connell, a WSJ editor. Over five hundred companies applied.

Companies were judged on scalability, long-term viability, originality, distinctiveness, and utility of their companies. A team of WSJ editors whittled the list down to about 50 of the top applicants.

If you make an effort, you can ensure diversity and maintain quality, said Gabriella Stern, a WSJ editor. The top 50 applicants were screened for diversity including ethnicity, gender, geography, and industry. “We were also looking for dynamic people who would represent their companies well,” said Andy Regal, a WSJ editor. “This is TV after all.” Twenty-four finalists were selected. Over a 20 week period, finalists are mentored and judged on how they perform specific tasks. Companies that don’t make the cut are eliminated until only one remains. The competition ran from June 24 through November 4.

Why focus on women?
Want jobs? Economic stimulus? Then nurture women who start businesses. If female entrepreneurs were funded to the same degree as their male counterparts, 6 million jobs would be created in 5 years, according to Babson College.

In Silicon Valley, VCs just don’t get it, said Wadwa,  a mentor in the competition, who added that Silicon Valley VC’s “they say they’re about meritocracy, but the reality is they fund people who look and sound like them.” VCs are about bravado and making ridiculous projections. Men excel at this. Women tend to be more conservative. “This competition levels the playing field because applicants are judged based on hard-core business criteria. You need numbers based on solid assumptions,” he says.

Hear, hear! Judging candidates on bluster and spin is a silly reason to fund a company. Substance matters and the characteristics of women that make them less blustery can make them better leaders.

Joanne Wilson, another mentor in the competition, concurs. Women-led companies face obstacles at every turn. Being part of the competition really helps women who, compared to men, tend to have a confidence gap. As they move through the competition, they become more confident and comfortable.

Research reports by Dow Jones VentureSource (a sister company to WSJ),Small Business Administration Office of Advocay and Venture capitalist Cindy Padnos support the view that venture-capital-backed firms with women on the leadership team perform better than those that are men-only.

Inspiring women to go for the brass ring
“You can’t be what you can’t see,” said Marie Wilson, Founder and President Emeritus of The White House Project. Efforts to improve the ecosystem for the  funding of women-led companies have paid off, but more work is needed. Eighteen percent of angel-backed companies are women led,  an increase of 40% from 2011 to 2012. While not as dramatic, 13%of  venture-capital backed companies are women led (June 30, 2013), an increase of nearly 20%  from 2012 to 2013.

The rewards of participation went beyond the initial reasons for applying
Karen Moon is a cofounder of Trendalytics, which helps brands and retailers understand which merchandise trends resonate with consumers in the apparel and accessories industries. She heard about the WSJ competition through the Entrepreneurs Roundtable Accelerator, in which she participates. Moon applied because the exposure and affiliation with WSJ is a big deal. She got much more than she expected.

Participants were assigned tasks throughout the competition. These task were strategic in terms of challenging entrepreneurs to think and rethink every aspect of their businesses, said Moon. They also bonded the teams and were fun.

While Vivian Rosenthal, Founder & CEO at Snaps!,, she is very enthusiastic about having participated. Snaps! allows consumers to embed branded content into their photos and share them on social media channels. She found out about the competition through The Accelerators, a WSJ blog. The competition forced her to set aside time to strategically think about her company, from the business model to goals to vision. It was a great way to bring her team together.

The WSJ’s Startup of the Year was announced November 4 and the winner has a female CEO at the helm — Allison Sawyer. She founded Rebellion Photonics at the age of 25. The company is enabling oil rigs and refineries to detect vulnerabilities and improve safety with special chemical imaging cameras that can spot explosive gas leaks.

Competitions give entrepreneurs access to the mentoring and skill development they all need, such as strategic planning. Kudos to WSJ for bypassing bluster in favor of substance. Given the economic potential of women, it makes sense to ensure that they get an equal chance at the brass ring.