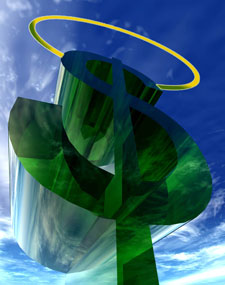 How a B-Corporation Grew Its Business and Its Social Impactback
By Geri Stengelon Dec 29, 2011 - 5:20am

I love it when a company built on social responsibility surges ahead. That’s the case with Recyclebank, a company whose business model is cleaning up the planet by encouraging people to recycle. It’s a company that truly combines social value with good business.

And they’ve upped their profile as both a good business and a business doing good.

Although its mission has always had a social good element, the company built social good into its bylaws three years ago when it became a Benefit Corporation. Becoming a  B-corp — now allowed in six states — means the board of directors considers more than maximizing profit when making decisions. B-corps agree to take all stakeholders — consumers, communities, environment, employees and, yes, shareholders — into account in their decisions. They also agree to transparency and accountability overseen by a third-party, the B-Lab.

While Recyclebank had social responsibility built into its business plan, becoming a B-Corp lets investors know that they aren’t the only thing that matters. It also allows board members to choose a path that brings lower profit and higher sustainability without risking a shareholder lawsuit.

“Our investors all think about the business in a very traditional way,” said Ian Yolles, sustainability officer at Recyclebank. “The fact that we are a B-Corp hasn’t limited our ability to attract investment capital.”

Nor should it. As Yolles points out, becoming a B-Corp has made the company part of a community of companies focused on social good, it helps tell the story of Recyclebank, differentiate the company, and “bring the values of the community to life in a way that resonates on the consumer level.”

Yes, Virginia, consumers do want to help the environment. That has become so apparent that partners are flocking to Recyclebank, which uses rewards from partners as incentives to motivate consumers. Local businesses participate as do Unilever, Kashi, Coke, and S.C. Johnson.

In fact, their experience in recycling solid waste has been so rewarding to everyone that the folks at Recyclebank have expanded their mission from recycling to “resource preservation.” That includes water, electricity, and alternative transportation as well as solid waste.

Now here’s the kicker, the really big news: In October, Recyclebank announced a significant investment from Waste Management Corporation, one of the biggest trash haulers in the nation.

It’s also is a stellar example of that old adage, “doing well while doing good.” Now, if the other 44 states would just pass that B-corp legislation.

What’s stopping your business from becoming a B-corp?