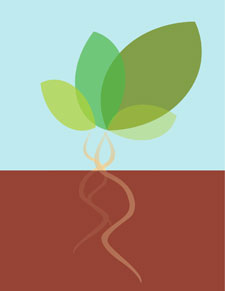 Growing Your Business Takes More Than Moneyback
By Geri Stengelon Oct 30, 2012 - 4:20am

While growth often means more financing, that isn’t necessarily the case. Sometimes a strategic alliance can grow your business in ways that money can’t.

Kraus founded APCO Worldwide in 1984. In the years since, it has grown to a multi-million dollar enterprise, with 30 offices around the world. Its growth came, in part, through relationships with larger entities. The company grew through a series of very practical steps.

Often, what you’ll need first is credibility and visibility. Kraus advises looking for partnerships with other businesses that have an interest in what you are doing. These businesses may not always be banks with loans to hand out.

Kraus affiliated with an existing law firm, as a consulting subsidiary. This allowed its reputation to spill over onto her company, a kind of built-in reputation for good work. “It didn’t give us working capital but it did give us credibility,” she said. And you need credibility to get the other resources required to grow, from an ever-increasing client base to top-quality employees. The affiliation meant people didn’t view the company as an upstart. Clients were more willing to work with APCO and the people she wanted to hire were willing to sign on with her.

Building credibility with clients and employees was particularly important when she started out because she had an innovative take on corporate communications. Rather than specializing in public relations or lobbying, she developed an integrated model. “We approach communications as general practitioners, not surgeons,” she said. “We are tactic neutral.”

By offering a variety of services, APCO Worldwide comes up with integrated solutions to crisis management, corporate social responsibility, and branding. It was a new idea in 1984 so she had to educate clients. Being allied with a known firm helped.

The second phase of the company’s growth came in 1991 when Grey Global Group bought a majority share, making APCO part of a publicly traded company. The firm still reported it’s own bottom line; Kraus ran the business as Chief Operations Officer of the unit.

Such affiliations offer money-saving advantages in leasing office space, administrative services, and other overhead. It may mean an ego-adjustment, from CEO of your own firm to COO of a subsidiary but Kraus took it all in stride.

The third phase came in 2004 when Kraus led a management buy-out of her firm, making APCO one of the largest privately owned communication and public affairs firms in the world and bringing her back to the CEO position.

Each of the changes in business model provided non-cash benefits; for each, Kraus had to have confidence in her business, her team, and her plan. Confidence, she says, is often a stumbling block for women. “A lot of bringing people to the table is projecting confidence,” Kraus said.

But bringing people, rather than money, to the table may well be the key to your next growth spurt.