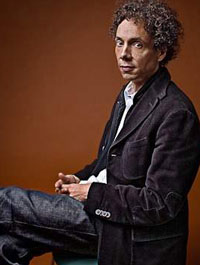 Gladwell Ignores Most Entrepreneurs to Make Points About a Fewback
By Geri Stengelon Feb 2, 2010 - 4:45am

A recent article by Malcolm Gladwell in The New Yorker, The Sure Thing: How entrepreneurs really succeed has me steaming!

Gladwell’s thesis is that entrepreneurs are not daring risk takers – they only bet on sure things, he says – and that they are predators. As an adjunct professor who teaches entrepreneurship at The New School and as a successful serial entrepreneur myself, I say that’s a bunch of malarkey.

The flaw in Gladwell’s reasoning is his carefully selected subjects: He did not do a random sampling of successful entrepreneurs; he used a narrow selection of examples that proved his point. Choosing data to match your thesis is, well, not the best academic standard.

Gladwell also ignored the most important aspect of entrepreneurship: seeing what others don’t see, putting things together in ways that others don’t. That’s called “creativity” or “vision.” And those who have it may see a path through the economic jungle that isn’t as risky as others think.

Those visionaries are still taking a risk: They’re going against the conventional wisdom, striking out on their own path, believing in their own assessments and ideas and the way they see the puzzle pieces fitting.

John Paulson, one of Gladwell’s examples, ran the numbers and saw the housing bubble that others refused to see. His assessment led him outside what Gladwell himself termed the “conventional wisdom.” Paulson acted on his assessment and made billions. Does his confidence in his number-crunching mean he didn’t take a risk? Does it make him a predator?
I don’t think so.
And Gladwell conveniently ignored not only the entire social enterprise sector, which is growing rapidly, but he also ignored those companies whose goal is profit but who refuse to damage people or the planet in the process of making a profit: Patagonia, for one, which makes environmentally friendly sportswear and sporting equipment.
Or the founders of ShoreBank, America’s first community development and environmental bank holding company. Headquartered in Chicago, ShoreBank is a $2.4 billion company with banks and nonprofits throughout the US and a worldwide consulting service.
Or Domini Social Investing, which put together mutual funds for people who want to invest conscientiously.
All of these are innovative ideas, developed by entrepreneurs who tried something new, i.e. took a risk. And none of them is predatory.
So Gladwell carefully selected examples that suited his idea of the business world. And I selected examples that suited mine. He expects and found predators. I expect and find socially conscious business people.
Who’s right? Well, neither of us because there are predators and saints out there. Better question: Who’s more right? Is entrepreneurship all about rigging the market and preying on others? Or is about putting innovative ideas together with business skills to provide something the market needs?
And, although Gladwell doesn’t recognize this sector, is it also about “doing good while doing well” as social entrepreneurs?
Image of Malcom Gladwell: © Bill Wadman from gladwell.com
share