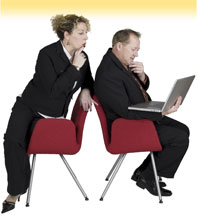 The Social Impact Exchange conference was jammed with headline speakers and the luncheon on the second day was no exception. David Gergen, Senior Political Analyst at CNN, Editor-at-Large for U.S. News & World Report, and Professor of Public Service at Harvard University’s Kennedy School of Government was the keynote speaker.

He spoke about the growing sense of awareness about the size and scope of the world’s problems and about the need for a new kind of thinking, thinking that’s not “siloed,” but collaborative. We need to share what we learn.

The golden era of the West, and more specifically the U.S., is tarnished and needs more than a little spit and polish, he said. We have less confidence in our politicans and our business people.

However, David was not all doom and gloom. He is encouraged by the current trend of nonprofits, government, and businesses working together, leveraging each others assets. The whole is more than the sum of its parts. He cited the impact of Mayor Bloomberg and Chancellor Klein on NYC’s educational system and Teach for America on the national level.

Despite scarce resources, David believes the stars are in alignment for people wanting to make a difference. The new social entrepreneurial movement is filled with resourceful and savvy people, who work across sectors, and are increasingly sharing knowledge in several venues: at colleges, by incubating enterprises and by convening people at events such as the SIE Conference.