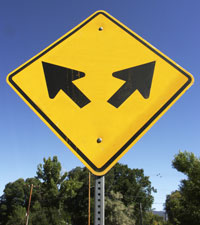 Free Content for AOL: Exploitation Or A Win-Win Collaboration?back
By Geri Stengelon Feb 22, 2011 - 5:12am

Here�s another fine mess! As an advocate of social media and collaboration, I am in a quandary. Do I agree with Stephen Colbert or do I support The Huffington Post in its �re-purposing� of material created by others?

For those of you who missed the kerfluffle,  we have the video. The recent sale of The Huffington Post to AOL for $315 million has brought attention to the fact that the content on HuffPo is mostly provided by unpaid writers, designers, and videographers. Much of the remaining creative content is, as Colbert said, �re-purposed� from other sites that do pay their creative staff, such as Comedy Central, The New York Times, The Los Angeles Times, and so on.

The outraged arguments against the HuffPo business model come mostly from journalists whose livelihood is threatened.  At least one regular HuffPo blogger has quit in protest because she is getting nothing from the sale of her work. Their arguments are persuasive and disturbing, especially the part about the Pulitzer Prize nominee who was denied payment. Surely, an article worthy of such a nomination contributed to the $315 million valuation given to HuffPo.

Is it right for Huffington herself to net$100 million, as stated in The Los Angeles Times, while those who created the content-that-generates-the-pageviews-that-convert-into-ad-revenue get nothing?

My view is muddled. On one hand, I would love to post guest blogs on HuffPo for the traffic and backlinks to my site. Not paying me (and others in my situation) works fine because I am not looking for money. I want to influence the conversation aboutsocially responsible small businesses, social enterprises and nonprofits. I want to share information that I think is important and I hope that influence will translate into business for me.

On the other hand, I do think those who create content should be paid. The AOL cash infusion into HuffPo is supposed to allow the new entity to hire more reporters. Perhaps this is a tipping point moment when the decimated news industry can reorganize around a new model that includes both a public forum and paid creative content.

Of course, to do that the Internet has to reorganize as well.

I think there are two kinds of HuffPo writers and, by extension, content-providers for all websites: those (like me) who want to write guest blogs that are really op-ed pieces and those reporters who present information objectively and who dig, analyze, and fact-check. Think of the reporting effort that The New York Times reporters (as described by editor Bill Keller) put into the Wikileaks material.

Compare that to the admonition in a memo to reporters from AOL Chief Executive Officer Tim Armstrong, as quoted in an excellent article in The Los Angeles Times:

The memo orders editors to evaluate all future stories on the basis of “traffic potential, revenue potential, edit quality and turnaround time.” All stories, it stressed, are to be evaluated according to their “profitability consideration.” All AOL’s journalistic employees will be required to produce “five to 10 stories per day.”

Traffic potential? Revenue potential? Turnaround time? That, as the article points out, isn�t journalism, it�s content controlled by Search Engine Optimization, not by its social value. No mention is made of accuracy, of writing quality, or research, of making sure to get both sides of the story.

And what happens to the dig-deep journalism when no one pays for content? If it disappears, where will HuffPo get the articles to �re-purpose� and aggregate? As Peter Black�s Freedom to Differ blog pointed out, we need to balance open access to culture and knowledge with incentives for creators so they keep on creating.

I don�t know the answer. It�s a conundrum. Collaboration, the wiki-model, the opportunity for everyone to post their opinion or the information they�ve found: all wonderful benefits of the information age.

How can we keep those benefits, build on them and yet pay people fairly for their work? Should the articles I linked to in this article be accessible only if you pay the newspapers to read them? If we all don�t pay to access them, how can they continue to pay the people who go out into war zone in Iraq or investigate nursing home abuse or � ?

What do you think? Has the time come to restructure the World Wide Web? How can we do that? Is it possible to pay fairly and maintain open access?