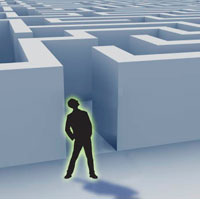 Evaluating Impact Still A Quandary for Nonprofitsback
By Geri Stengelon Mar 10, 2011 - 5:17am

What’s fair? Should nonprofits pay their executives as much as for-profits in order to attract the best and brightest?  Or is that a betrayal of donors?  Are nonprofits only effective if they are truly businesslike in all their ways, including risk-taking, marketing, and the pursuit of long-term goals?

Or, put another way, do nonprofits really want to “settle” for people who can’t get good jobs on Wall Street and can they really be effective if they can’t spend money on infrastructure?

Those questions were addressed – but not resolved – by Don Pallotta, a blogger and author of the book Uncharitable; Bob Ottenhoff, CEO GuideStar, an agency that rates nonprofits, and Ken Berger, CEO of  Charity Navigator, another rating agency. All spoke during a Nonprofit 911 webinar, Uncharitable sponsored by Network for Good. A full replay is available.

The discussion would have been more useful if less time had been given to Pallotta to hype his new book and some time given to interaction among the three panelists. Berger and Ottenhoff were only given time for prepared speeches. No exchange took place among the panelists.

And that’s what is needed: a civil back-and-forth discussion of the ways in which nonprofits are evaluated. Social impact must be the primary consideration. This webinar wasn’t it.

Pallotta also attacked the nonprofit rating system as being itself understaffed and unrealistic. He wants to charge nonprofits a 1 percent fee to fund a huge national ratings infrastructure that will rate every nonprofit by the same standards.

Ken Berger gave an impassioned prepared response, questioning the validity of “idealizing” capitalism, given recent events. Let’s see: Enron (the smartest people in the room?), Madoff, the mathematicians who gave us the mortgage collapse, the Wall Street leaders who didn’t see it coming … need I say more?

Berger also questioned Pallotta’s premise that talented people are only motivated by money. The social enterprise and nonprofit sectors certainly have a long list of these, including such successful companies as Patagonia and nonprofits such as Harlem RBI, Fortune Society and … the list is endless.

Bob Ottenhoff came down in the middle, with a prepared slide show. Pallotta was not required to respond to their questions about his premises and conclusions.

I agree that nonprofits have to be businesslike in that they must invest in infrastructure, training, and staff. But my concern is with the front-line staff more than with the executive suite. For too long, nonprofits have failed to provide decent salaries and benefits to the people actually making the changes.

Like Berger, I also question the premise that big money will buy great talent. Big money brought big greed and serious ethical and legal abuse in the latest economic crisis. The talent to run a great nonprofit is motivated not just by money but by a desire to make the world better and to live up to the values taught to us as children. Good nonprofit leaders have a mission just as their organizations do.

I also agree with Pallotta that the nonprofit world must become more comfortable with taking risks and failing, investing for longer than a 3-year grant cycle, and marketing the impact they have.

So where do I disagree with him? In the same places that Berger does. Pallotta puts too much faith in the good intentions of well paid executives and makes no demands for transparency and accountability.  We’ve seen what that can do in the micro-credit world where good works translated to good profits and then to fraud and mistreatment of borrowers.

Any business practices incorporated into the nonprofit world must:

On the other hand, donors need to get real. Nonprofits can’t run on air. Donors must realize that investing in software, technology and training are long-term investments and need long-term support.

And what about social enterprises, those businesses with a mission and a bottom line? Where do they fit in.

We need a forum in which people can work out the nasty details about transparency and accountability, about what is allowed and what is expected.

How would you change the way nonprofits are evaluated? Do you think more businesslike practices will help solve social problems?