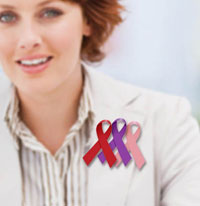 Entrepreneurs Give More Time and Money to Charitable Causesback
By Geri Stengelon Apr 5, 2011 - 4:14am

Why am I not surprised?

Entrepreneurs – CEOs/founders of businesses – believe that philanthropy makes their companies more successful, according to a report just released by the Fidelity Gift Fund.

More than 60 percent of those surveyed held this belief and about 26 percent built “giving back” into their business plans. What’s more, the report found that:

These were not fresh-faced, just-out-of-school idealists in technology companies. On average, those responding were 58 years old, in business for 27 years, with revenue of $325 million and included companies in real estate, health care, construction, manufacturing, and banking as well as communications and technology.

And they donated, on average, twice the percentage of profits to charity as the America’s largest companies. Ninety percent donate time and expertise in addition to money. They are more likely to encourage employees to give time and money.

Their reasons for giving leaned heavily toward knowing what it is like to struggle and being grateful for the help they’d received along the way.

Which is why I am not surprised. Being an entrepreneur is not an easy job. It’s hard work that requires a lot of personal sacrifice, and a lot of support from friends, family and those you can convert to believers in your project. It usually means engaging directly with customers and employees in the early days when the business owner may actually be the only employee. It means wearing many hats.

Kind of like being a nonprofit leader, isn’t it? Maybe that’s where their empathy comes from.

While recognizing the benefits to their business, most entrepreneurs said they give because it’s the right thing to do according to their experience and their upbringing. Most select their beneficiaries based on the recommendations of friends and family. Most select charities that have local impact.

What does that mean to nonprofits? It may mean that thinking big isn’t the best idea. Maybe thinking “local” and “privately owned” is a better idea.

A local private company may be more willing than a corporate outlet to give money, provide in-kind services, or serve on your board. According to the report, founders of companies are more open to innovative giving ideas as well, such as letting employees off work to help with a project.

Who knows what new resources you may be able to tap if you sit down with an entrepreneur and ask “How can we … ?” You may well get entrepreneurial, innovative ideas as well as the funds to implement them.

Has your nonprofit benefited from building a relationship with a local company?