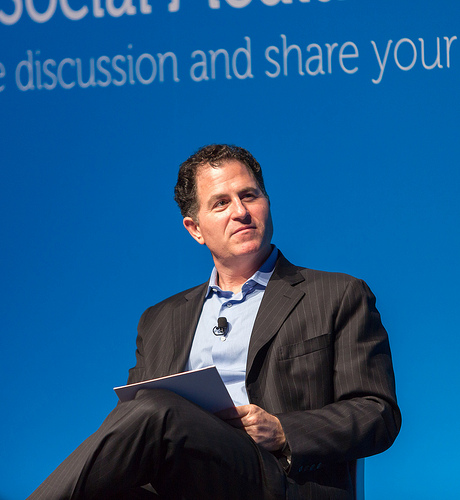 Dell Innovates Again by Making Entrepreneurship Its Causeback
By Geri Stengelon Jan 7, 2014 - 1:18am

Michael Dell is a huge champion of entrepreneurship. He should know: his entrepreneurship made him billions so he is also an example of what economists and academia are saying about economic recovery: entrepreneurship is  the way economies around the globe will rebound. Entrepreneurs create jobs, innovate products, processes and services, and promote cross-border trade. All of which boost economies.

Public companies make decisions based on hard facts, not intuition. Decisions take time. Entrepreneurs, like Dell, take risks based on their gut feel. They are laser-focused on customers, nimbly responding to their changing needs. Now that the company is private, once again, Dell has the freedom to guide his company based on his gut. His gut is telling him to support entrepreneurs in a big way. Of course, it’s not just world economies that will benefit;  Dell  the company will, too.