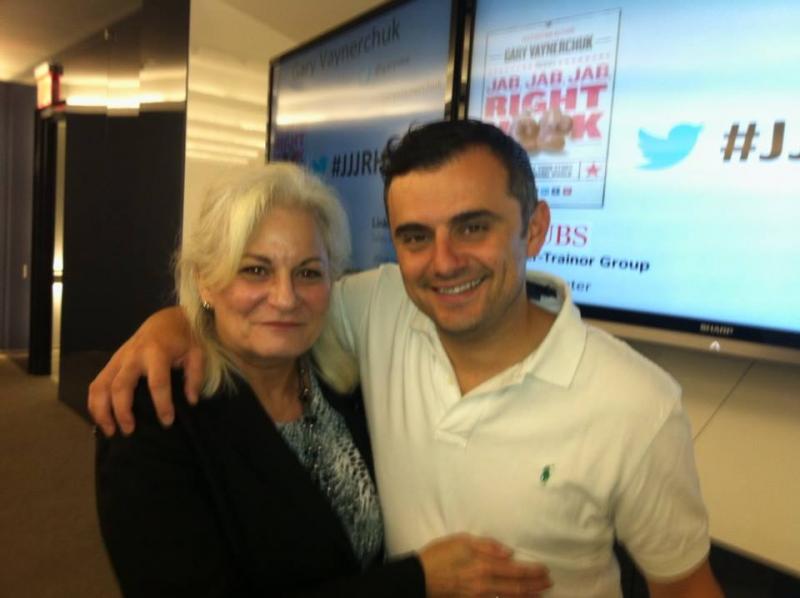 I had the honor of attending a chat with Gary Vaynerchuck (@garyvee) today, hosted by UBS and LinkedIn. It was literally Gary in a seat with a mic and over 150 of us with questions. At first I thought “oh no this is going to go nowhere real fast” but I have to say – Gary was brilliant and the audience was top notch in asking great questions.

Gary, as you may already know, is the best selling author of Crush It and The Thank You Economy. Oh, that hardly explains who Gary is – he is one of today’s most sought after speakers and for a good reason. Having come to fame from his early days of the Wine Library, he emerged on the scene with uncontainable energy and a refreshing down to earth, in your face, no bars hold, verbal assault aimed at sharing what he learned and verbally shaking you up for what is to come.

I have always enjoyed his perspective and insights – they feel like the truth in a tsunami of hype. The following are some of the things he said, and like Gary – his words need little explanation.

Getting the pattern here? Yes, it isn’t about telling, it is about doing.

Some of the other answers that he gave in response to questions and dialogue:

(When taking a risk and trying out new things or investing in start ups) Short term pain isn’t a problem for me, but I’m an entrepreneur so risk is attractive.

When asked how do you go about selling your book: By what you’ve done in the last 3 years.

Hunting vs farming, everyone’s in hunt mode, long term farming is what works. (regarding the ROI of content and social media.)

Email open rates are collapsing, Google Adwords click through rates are down 15%, and consumer behavior is changing (his point in being open to new mediums like Instagram, SnapChat and others).

The art of fast paced storytelling is where it’s at today.  (snapchat)

Why he likes SnapChat and is experimenting: We’re getting pounded with a ton of content. SnapChat makes you pay attention because that content will disappear in 9 seconds.

Data is only important if you do something with it to bring your audience into the funnel.

And to expound on the title of this post, he states: Content is oxygen, but giving it a context makes it relevant.

So, keep an eye out or pre-order his new book coming out in November “Jab Jab Jab Right Hook” he promises case studies and how to instructions on everything Social Media.

Note Added: This event was hosted by The Slater – Trainor Group @mpslater  from UBS and LinkedIn with Social Media Manager, Koka Sexton @kokasexton sharing the stage with Gary. –

Mardy Sitzer is founder of Bumblebee Design and Marketing, which brings smart ideas to life with great design, superior content and delivered with technical know-how. We create the buzz you can bank on with print and digital – our team delivers consistent marketing and communications solutions. Follow her on Twitter @MardySitzer