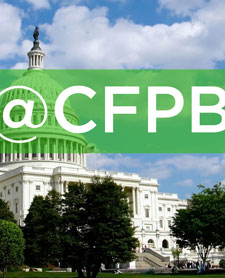 Can Social Media Change The Way Government Works?back
By Geri Stengelon Aug 2, 2011 - 3:30am
Every day in every way, social media are changing the way the world works.  Now it’s the Consumer Financial Protection Bureau that is using Twitter to find out what kind of protection consumers want.

The ideas, as reported in The New York Times reinforce the wisdom of asking people what they need instead of telling them. The suggestion I liked is to “limit the total number of words in consumer financial contracts.”

Like the citizen action group in India, the Twitter suggestions for the Consumer Bureau bring government closer to being “of the people, by the people, and for the people.”

What will government accountability, transparency, and citizen service will look like in 5 years? This may be the start of something really fine.

Do you think social media will make a difference in how government serves its citizens? In civic engagement? In how government works? What other agencies should open a Twitter account?