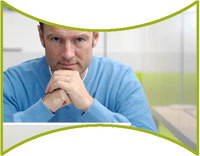 Better Bottom Lines Need Long-Term Planningback
By Geri Stengelon May 18, 2010 - 2:50am
What would the world be like if every business took into account its effect on all its stakeholders: shareholders, of course, but employees, customers, communities, and suppliers as well?

For starters, high customer service and low environmental impact would be viewed not as costs but as investments, not as optional add-ons and irksome regulations but as integral to the mission of the business.

Very pie-in-the-sky, I know. But The Harvard Business Review posted an interesting take on the subject that makes it seem not so pie-in-the-sky. Umair Haque suggests a “betterness” model rather than the standard business model.

It’s so 21st century!
Gone are the robber barons of the 19th century; curbed is the idiotic 20th-century belief that resources were endless; and ever-growing is the 21st-century notion that the well-being of the social system is everybody’s business.

True, people and businesses still exist who believe in “It’s mine and I’m not sharing,” but a whole slew of businesses are going green, raising money for good causes, and bragging about their good deeds. Why? Because that’s what their customers and their employees want.

And it is not an American phenomenon. It’s global. It has to be. The economy is global. When American customers demand that their clothes be sweat-shop free, manufacturers in India and Cambodia and China have to change.

In a way, India is skipping the 20th century altogether. It has one foot in the pre-OSHA 19th century and one in the 21st where leaders of major conglomerates and government agencies come together to discuss not profit-as-usual but Conscious Capitalism, a movement of heavyweight corporations whose philosophy is  “that profit and prosperity can and must go hand in hand with social justice and environmental stewardship.“

Perhaps the answer to business vs betterness conundrum lies in thinking long-term instead of short-term. A “better” business focuses on providing products and service to generations of consumers as their needs and the needs of the world change. That requires a concern for the environment, for long-term customer relationships (aka customer service), concern for employees, and a steady but not necessarily maximized profit for shareholders.

It’s really a no-brainer when you think about it: Adding value to customers’ lives is what people pay for.

Short-term thinking predominated in the 20th century. The 21st must be about the long term and all the world’s inhabitants.

Such long-term thinking can improve communities and keep businesses thriving, which is what shareholders and CEOs should want.

Is your organization’s long-term thinking changing and becoming more accountable? If so, how?