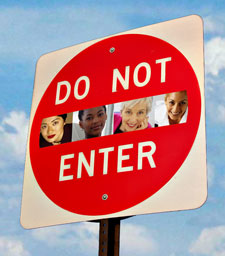 What’s that old expression? “It takes money to make money?” Well, women may not be making as much money as men because they are not getting as much, according to Women-Owned Businesses in the 21st Century, a report by the US Department of Commerce, which found that women are more likely to self-finance and less likely to have outside investors.

In fact, the study found that women-owned firms started life with only 64% of the capital of male-owned firms and were less likely to tap outside financing over their lifetime, including loans, angel investments, and venture capital. Less start-up and growth capital means slower growth.

That finding looks right to me. Of the many multi-million dollar women entrepreneurs I’ve talked to, the vast majority have self-funded at the start and reinvested their profits in order to grow. But grow they did.

What’s blocking the way?
Their reasons for lack of outside financing vary; Some don’t ask because they are less willing to take on the risk associated with outside funding. They may be in a business that doesn’t attract outside funding or they anticipate being turned down.

Some of these, such as reluctance to share control or the type of business you are in, are choices you made as CEO. And you can work within that framework to grow your business as Azuma and Valenti did.

Working on the others, such as knowing your numbers and making yourself attractive to investors, can make them strengths instead of obstacles. I’ll be giving you more details about ways to do that in future articles.

Discrimination is a wall we’ll just have to keep hammering until it cracks. But that’s one you may be able to go around instead of through if you are open to strategic alliances. I’ll be discussing that in the next few weeks, too.