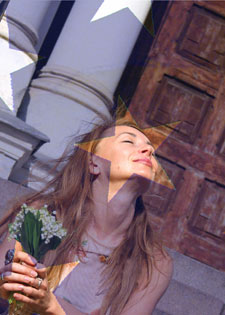 Are Government Contracts a Way UP for Women Entrepreneurs?back
By Geri Stengelon Jan 10, 2012 - 5:20am

That’s the good news. The bad news is … reality. That $477 billion was a 12% drop in spending from previous years, a drop that may continue given the ongoing fiscal rhetoric. And that 5% goal for women-owned businesses? It’s never been met.

But for those that get “through the pearly gates of government procurement,” it is an ongoing source of revenue that does not discriminate by gender or ethnicity, according to Julie Weeks, American Express OPEN Research Advisor and founder of Womenable.

That’s why I’m noodging here. Women entrepreneurs are under-represented in high-growth businesses. Yet, once they get inside the government contracting circle, their success rate is the same as that of other businesses. It’s a way to level the playing field and I’m all for that.

Weeks’ most recent report, Trends in Federal Contracting for Small Businesses is a little gloomy:

But for some industries, such as professional or scientific services and goods-producing services, it may well be worth the investment. Once that first bid is won, the second comes soon after, and the life-time revenue breaks the $1 million mark no matter gender or race, according to Weeks.

The message is this is a tough but lucrative path. Thanks to the work of organizations like Women Impacting Public Policy (WIPP), which has re-invigorated the 5% rule, women do have a chance to get through those pearly gates.

Laurie Simon owns Ombrella, holder of many government-contractor certificates. Government contracts offer a great growth potential but they are not for everyone. “It is almost like running two businesses. They’re that different,” she recently said in an interview with Nina Kaufman.

Simon advises partnering up with other companies and thinking big. Don’t be afraid to go after the prime contract rather than the sub contract.. By doing so, you eliminate layers of middle persons who siphon off potential profits that can be used to take better care of your own employees.

“I’ve worked with other women-owned businesses. We are going for top contracts, in the millions of dollars, she said, adding that it’s more socially responsible to take this route. “We can pay [our staff] better and take care of them in the long term.”

A woman after my own heart: socially responsible and business savvy.

Small businesses often lose bids because they don’t have the right certifications,don’t build the relationships they need, or haven’t honed their skills at pricing their products and services. That slows their start and means losing bids.

To tap into this highly competitive, lucrative, and women-friendly market, do your homework. Start learning about government contracting from these free resources. You may find the key to exponential growth for your business.

What has your experience been with government contracting? What helped you win the bid?