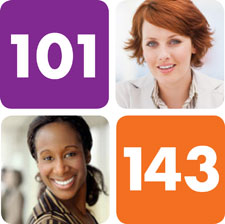 American-Born Entrepreneurs Not Making the List of Top Women Power Brokersback
By Geri Stengelon Sep 13, 2012 - 4:20am

What is it about the U.S. that breeds male entrepreneurs with global power, but not females? I asked myself this last year when the Forbes list of the World’s 100 Most Powerful Women came out. Unfortunately, I’m still asking the same question this year.

While American female celebrities, such as Oprah Winfrey, Jennifer Lopez, and Beyonce Knowles, have turned their star power into entrepreneurial endeavors, no American-born female entrepreneur has turned her success into a powerhouse name on a par with Bill Gates, Mark Zuckerberg or Michael Bloomberg.

Women are trying to close the gap between men and women. Jacqueline Novogratz, Acumen Fund, and Natalia Oberti Noguera, Pipeline Fund, head organizations that in one way or another are supporting the growth of women entrepreneurs in the U.S. Perhaps a woman entrepreneur helped by these funds will make it to the Most Powerful Women list.

Up-and-coming women entrepreneurs, like Sara Blakely of Spanx and Caterina Fake of Findery, may break through in the near future. Ladies, I’m cheering for you, but I sure wish the list of women to watch included more US-born women entrepreneurs.

It’s not just that I want women entrepreneurs to become household names so they can inspire the next generation of women entrepreneurs. It’s also that if a greater percent of women-led enterprises grew into huge companies, the economy would be humming.