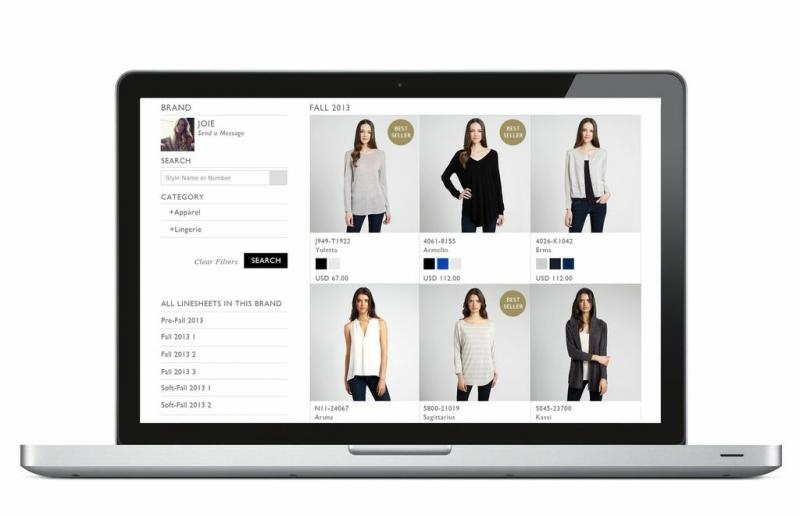 The wholesale industry has been slow to adopt technology, making it ripe for an entrepreneur with an understanding of the market and an idea for bringing it online. Enter Mona Bijoor. She has experience as a corporate strategist and buyer at fashion companies, such as Ann Taylor, Chanel, Destination Maternity, A Pea in the Pod (previously known as Mimi Maternity), and Elie Tahari. She has an MBA from Wharton, and parents who were entrepreneurs — as they say entrepreneurship is in her genes.

1. Find a better way.
Bijoor’s original idea was to start a new fashion line, but that was expensive. She opened herself up to other ideas. As a fashion buyer, she understood the pain of a retailer when an item flies off the rack and you make endless calls, send many FAXes to find and order replacement inventory in the sizes and colors needed. She realized there had to be a better way.

The light bulb went off in 2010 and JOOR Access  was born — an online wholesale marketplace for retailers and brands in the women’s contemporary fashion industry. By providing search and social functionality, JOOR streamlines communication, discovery, and buying between brands and retailers. Joor is free for retailers; the fashion brands pay for the service.

2. Self-fund initial development.
Bijoor asked herself: If an online marketplace is such a good idea, why has no one else thought of it?

Before asking for other people’s money, Bijoor wanted to prove that brands and buyers would do business online. She hired a web developer and built a version of the online marketplace with her own money. For the same reason, other entrepreneurs such as Lynn LeBlanc, HotLink, self-funded initial development, too. Transaction volume that first year was $90 million. Bijoor had the proof she needed to raise money.

Bijoor may have been the first to act on the opportunity, but others have since entered the market.

3. Get introductions.
When Bijoor decided to seek outside funding, she didn’t know any venture capitalists. She networked and landed at a law firm known for doing the most deals with VCs. Gunderson Dettmer became Bijoor’s law firm and introduced her to VCs.

4. Seek smart money.
For Bijoor, money was a commodity. She didn’t want money from just anybody. She wanted money from people who had a passion for fashion, with whom she had chemistry, and who had the ability to help accelerate her company’s growth. Other entrepreneurs, such as Paula Long, DataGravity, have also mentioned the importance of smart money.

Recently, JOOR raised $15 million in Series B funding. The round was led by Canaan Partners and joined by Advance Publications and previous investors, including Battery Ventures, Lerer Ventures, Great Oaks Venture Capital, Landis Capital, and Forerunner Ventures. This brings JOOR’s total funding to $20.5 million. “JOOR has established clear leadership in bringing disruptive innovation to one of the largest markets in the world, namely the $350 billion luxury fashion market,” said Dan Ciporin, general partner at Canaan Partners

The funding will be used to scale the company’s technology platform and sales teams. With offices in New York, Los Angeles, and Milan, Bijoor says the funding will also go to opening new offices across Europe and Asia.

Bijoor doesn’t expect to raise additional money and believes she will be able to scale by reinvesting profits. She expects to be profitable in 18-24 months.

5. Form an advisory board.
A board of advisors can help grow your company by providing insight, advice, and connections. Bijoor has about 12 advisors on her board who are passionate about her vision and want to accelerate her achievement. They have expertise in fashion, technology, and business development, among other areas. They are well connected and are willing to open doors for JOOR. Bijoor meets quarterly with her board as a group and individually on an as-needed basis. The board is incentivized to help with options.

6. Motivate employees.
Bijoor recognizes the importance of having highly motivated employees. A company value is to treat fellows employee as you would a client. Employees get options and excellent healthcare benefits. Employees can also shop from JOOR member brands at wholesale prices and attend  lots of fashion events.

7. Measure more than revenue.
Sure Bijoor measures revenue ($1 million in 2012), but other metrics are important to the success of the company. She also monitors the number of brands (600 including Diane von Furstenberg, Trina Turk, Rag & Bone, and Joie) and retailers (40,000 including Bergdorf Goodman and Nordstrom), transaction volume ($120 million in 2012) and year-to-year growth in each category.

Word of mouth has been the best method for growing the number of brands and retailers.

8. Have a vision for the future.
“We are committed to maintaining our market-leader position as the de facto platform for luxury brands and retailers to transact,” said Bijoor. “JOOR is eager to move into new international markets [specifically Asia and Brazil] and expand our team to further support our sales and technology infrastructure.” She will also expand the site to include children’s wear, home decor, beauty, and other luxury products.

How could you transform your industry?